Over the last 3.5 years since I developed this blog, I have written many posts about one particular value-added model (VAM) – the Education Value-Added Assessment System (EVAAS), formerly known as the Tennessee Value-Added Assessment System (TVAAS), now known by some states as the TxVAAS in Texas, the PVAAS in Pennsylvania, and also known as the generically-named EVAAS in states like Ohio, North Carolina, and South Carolina (and many districts throughout the nation). It is this model on which I have conducted most of my research (see, for example, the first piece I published about this model here, in which most of the claims I made still stand, although EVAAS modelers disagreed here). And it is this model that is at the source of the majority of the teacher evaluation lawsuits in which I have been or still am currently engaged (see, for example, details about the Houston lawsuit here, the former Tennessee lawsuit here, and the new Texas lawsuit here, although the model is more peripheral in this particular case).

It is William L. Sanders who just passed away and we sincerely hope may rest in peace. 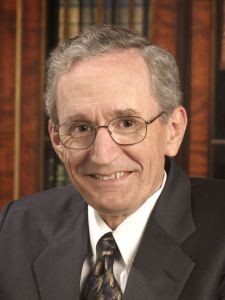 Sanders had a bachelors degree in animal science and a doctorate in statistics and quantitative genetics. As an adjunct professor and agricultural statistician in the college of business at the University of Knoxville, Tennessee, he developed in the late 1980s his TVAAS.

Sanders thought that educators struggling with student achievement in the state should “simply” use more advanced statistics, similar to those used when modeling genetic and reproductive trends among cattle, to measure growth, hold teachers accountable for that growth, and solve the educational measurement woes facing the state of Tennessee at the time. It was to be as simple as that…. I should also mention that given this history, not surprisingly, Tennessee was one of the first states to receive Race to the Top funds to the tune of $502 million to further advance this model; hence, this has also contributed to this model’s popularity across the nation.

Nonetheless, Sanders passed away this past Thursday, March 16, 2017, from natural causes in Columbia, Tennessee. As per his obituary here,

Of course, we have much research evidence to counter these claims, but for now we will just leave all of this at that. Again, may he rest in peace.