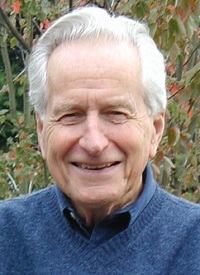 t saddens me to announce, for those of you who do not already know, that the wonderful educational scholar and person, Dr. John Goodlad, passed away last week at the age of 94 due to cancer.

John Goodlad was Professor Emeritus and co-founder of the Center for Educational Renewal at the University of Washington as well as President of the Institute for Educational Inquiry in Seattle. While he had previously held faculty positions at Emory University, the University of Chicago, and the University of California at Los Angeles, Goodlad first taught in a one-room, eight-grade school house in British Columbia, Canada. His experiences as a classroom teacher encouraged his later educational research examining grading procedures, curriculum inquiry, the functions of schooling, and teacher education.

I had the pleasure of getting to know John when I interviewed him about on his houseboat outside of Seattle three years ago, about not only his scholarly accomplishments but also his extraordinary professional and personal life and history. To view a short video of this interview, please see this three minute YouTube clip of the interview highlights here. To view more, including the full interview, his photo gallery, reflections of his family and friends, etc. please visit his page on the the Inside the Academy website here.

Some of the highlights from the interview as they relates to the purposes of this blog here follow:

The first was when Goodlad expressed his deep disappointment in schools today that focus almost exclusively on the direct impact of teachers on student learning. He argued that the functions of schooling also include interactions with families and the zeitgeist or spirit of a school, that matter excessively more than that which can be captured on a test, and thereafter used to measure a teacher’s or a school’s effectiveness.

Second, and citing more than 100 years of research, he was convinced that grade retention (e.g., when students did not past certain tests) was detrimental to students both academically and socially; hence, through most of his career Goodlad served as an advocate for nongraded elementary schools.

Finally, when recognized for his groundbreaking study of more than 1,000 schools across the United States in A Place Called School (1984), Dr. John Goodlad recalled an article about his book featured on the front page of the New York Times. Despite his message of optimism and improvement, Goodlad explained that most reporters contacted him after publication, requesting more “dirt” on schools. Seemingly little has changed in this regard.

Carefully noting the need for educational renewal rather than reform, Goodlad described collaboration among teachers and parents as the most meaningful way to improve American schools. Praising these stakeholders as vital to the renewal process, Goodlad insisted that “agency must be closest to the child.”

A Washington Post post, recently released by Valerie Strauss and written by award-winning (e.g., New York’s 2013 High School Principal of the Year) Carol Burris of South Side High School in New York, details how in New York their teacher evaluation system is “going from bad to worse.”

It seems that New York state’s education commissioner – John King – recently resigned, thanks to a new job working as a top assistant directly under US Secretary of Education Arne Duncan. But that is not where the “going from bad to worse” phrase applies.

Rather, it seems the state’s Schools Chancellor Merryl Tisch, with the support and prodding of New York Governor Andrew Cuomo, wants to take what was the state’s teacher evaluation system requirement that 20% of an educator’s evaluation be based on “locally selected measures of achievement,” to a system whereas teachers’ value-added as based on growth on the state’s (Common Core) standardized test scores will be set at 40%.

In addition, she (along with the support of prodding of Cuomo) is pushing for a system in which these scores would “trump all,” and in which a teacher rated as ineffective in the growth score portion would be rated ineffective overall. A teacher with two ineffective ratings would “not return to the classroom.”

And all of this is happening despite the fact that teachers and principals in this state of New York already, and democratically, created sound evaluation plans to which the majority had already agreed, given the system they created to meet state and federal policy mandates was much more defensible, and much less destructive.